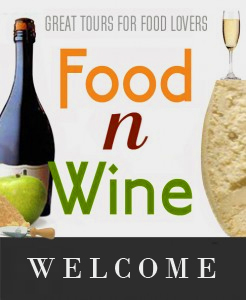 SAVE FOR LATER… OR… READ ON!

The Fecund Secret of Emilia-Romagna

It’s Italy’s unsung region, yet its food has conquered the world—or at least the table. Think prosciutto di Parma, Parmesan, porcini, and half of all pastas known to man (just for starters). The source of its power? Po Valley dirt—fine, dense, almost chocolately , accumulated over millennia. Patrick Symmes feasts on the cities of the plain

The soil in the Arda Valley was, in the first days of September, already furrowed for a second crop. Everywhere we looked, right beside the roaring A1 or at some forgotten crossroads amid collapsing farmhouses, machines had plucked the harvest and turned the ground. Emilia-Romagna, the flat northern heartland of Italian farming, was combed into neat rows. Everywhere we paused, we stared in disbelief. Finally, outside the supermarket in Lugagnano Val d’Arda, I stepped in among the clods.

If you’ve ever gardened, you know the feeling I had. The dirt—millions of years of silt, washed down from the Alps and Apennines and deposited into this great bowl by the flooding of the Po River—lay meters deep. It is a rich brown humus, fine, dense, almost chocolaty. This stuff—mere dirt—is the building block of the wealth, strife, and food of the Po Valley, the great plain at the heart of Italian agriculture.

The story of Emilia-Romagna is the story of that soil, which grows the grass that feeds the cows that flavor the milk that makes the Parmesan cheese taste so good just down the road in Parma. This is the soil that sprouts the corn and wheat that fatten the pigs that become the ham that becomes prosciutto di Parma. This is the brown muck, fantastically productive, that grows the Trebbiano grapes, cooked down into the aged vinegar balsamico di Modena, in the town of that name, just another half hour along the A1. And beyond that, right down the curve of the immense plain—the largest flat place in Italy—all the products of this soil have been gathered into Bologna, one of Italy’s great, innovative trading cities, whose nimble-minded gourmets invented much of what passes for Italian food around the globe. Ravioli? Tagliatelle? Lasagna? Polenta? Tortellini? Half of all pasta shapes? All from Emilia-Romagna. If your mouth is not watering, stop reading here.

“Bigger,” she corrected. Some of the pieces were the size of serving platters.

If you want to know how Emilia-Romagna has conquered the world, one table at a time, you need only look down.

We had rented a stone house in Castelletto, an obscure village high up in the Arda Valley. It proved to be a steep hamlet of stone houses, many empty, and about forty year-round residents, mostly old women. Ours was the only rental property in Castelletto, found online. It had good views, modern everything, and it rattled in the fierce mountain winds.

Our son, Max—a precious bundle, aged fourteen months—attempted his first steps in Castelletto’s empty playground. We took our first steps too: awkward greetings in Italian, and a quick scamper to the valley’s most famous site, the fortress town of Castell’Arquato. I struggled up the medieval keep with Max on my back, and we surveyed the views up the Arda—an ugly dam, and then the gentle Apennines, sharing a border with Tuscany. In the other direction was the great flat plain of the Po River.